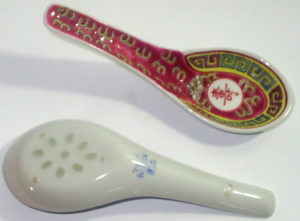 There are multiple adjunctive treatments of Traditional Chinese Medicine (TCM) that an acupuncturist might utilize. The most well known modalities used alongside acupuncture would be massage, moxabustion, cupping, and gua sha. Gua sha, which translates to “red marks”, in Chinese is a highly descriptive name. Typically it is performed with a specific tool made for the job that has a gentle, slightly blunted, thin edge.

Used in a number of different ways by acupuncturists, gua sha can: release heat from tissues in the case of fevers, highly stimulate acupoints, resolve blood stagnation, and free up adhesions in fascial tissue, ligaments, muscles or tendons. It can range from mild to aggressive depending upon level of pressure and length of time of treatment. Often is done until some red marks appear in the skin and then stopped. It is a highly effective therapy that is often adapted by other lesser-trained healthcare practitioners in the modality such as physical and massage therapists. Because it can damage tissue if overused and retard healing, I highly recommend only allowing trained acupuncturists to perform the technique.