What is Tai Chi Chuan anyway? 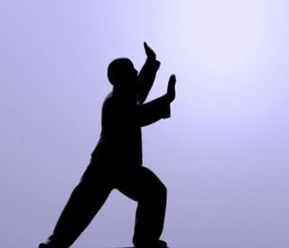 Tai Chi Chuan is a Chinese form of martial art that marries fighting techniques with energy cultivation methods. So, why are all those Chinese people practicing this martial art?  It just so happens that besides being an effective form of self-defense, it also has tremendous health benefits.

Like many of the Chinese arts, the origins of Tai Chi are obscured by myth. One particular colorful version is that a Wu Tang monk named Chang Sang-Feng witnessed a magpie attacking a snake. The snake deftly avoided the magpies’ direct, aggressive strikes with soft, fluid movements inspiring Chang Sang – Feng to create the basic postures of Tai Chi Chuan.

Chang Sang- Feng’s student was said to teach a family of Chen villagers the form. They kept it in the family for centuries and are largely credited with cultivating and developing the art. Their subsequent students developed the many branches of Tai Chi Chuan that we see practiced today. Of the many, amazing types of Tai Chi the most widely practiced is the Yang Style Tai Chi Chuan created by Yang Lu-Chan. This is partly due to politics and partly due to the opinion that Yang Style is relatively easy to practice and is accessible in terms of principles.

In general, Tai Chi is practiced very slowly in order to fine tune the postures and most importantly, promote the flow and concentration of energy what is known as Chi, Qi, or Ki in the meridians. (For a discussion of Chi refer to my second article under How Acupuncture Works) Yang Style is characterized as a medium frame form of Tai Chi. This means that the postures are larger and the stances wider than say Wu Style, but smaller and less wide than Chen Style. The movements are easy to grasp with some time and effort, although it might take a life time to master the underlying principles. Therein lies the opportunity for self-discovery and to learn some fascinating and profound concepts about bio-mechanics, philosophy, internal and external energy, the mind-body-spirit connection, self-cultivation, meditation, health and wellness, and to have a fun while you do it!

As a Tai Chi instructor and an acupuncturist at Hugh’s Acupuncture Clinic, I have seen Tai Chi Chuan benefit many people. Tai Chi can be used to both rehabilitate the body after illness as well as to promote health and wellness. Tai Chi and Yoga greatly compliment cardio and strength training; providing a much needed way to cultivate and nourish the body. More and more studies are being done to substantiate claims, but in general the following benefits are reputed to be derived from the regular practice of  Tai Chi Chuan:

How do you find a teacher?

So if you would like to see the health benefits of Tai Chi Chuan how do you find a teacher? The great news is that there are teachers all over the USA who are qualified instructors. I would notrecommend trying to learn from video as that can lead to errors that are hard to fix later on. I would recommend calling around town or looking on the internet to find classes to attend.  Ask your teacher-to-be if they have plenty of experience working on the health aspects, as well as the martial side of Tai Chi. This ensures that the class focus is on cultivating health rather than fighting. If you are an older student make sure you discuss how vigorous the class might be or any special health concerns you might have with the teachers. Of course, it is a good idea to consult with your doctor before undertaking any exercise regimen.

For more info check out my website at www.hughsacupuncture.com

Thanks for reading!  Check back soon for another article on wellness and Traditional Chinese Medicine.

Just How Does Acupuncuncture Work Anyway?